About The Movie Studio 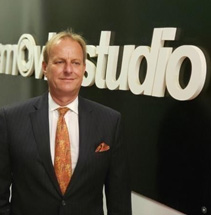 In his early career, he was a Series 7 & 63 financial advisor and a registered stockbroker with Prudential Securities, Inc. and F.D. Roberts Securities. 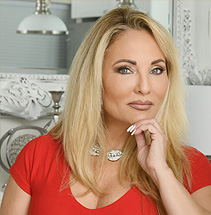 Jeff Hines, Vice President of The Movie Studio, is responsible for shareholder relations and outreach to investors. He assists with the company's marketing and compliance, and provides the CEO with strategic planning for launch of the company's revenue generating actions. His background as a real estate and stock market investor, radio talk show host, and financial coach with over 40 years of experience in various business enterprises allows him to share his unique perspective with the company. "It is an honor to work for the company, and I consider my work as a fiduciary to the shareholders." 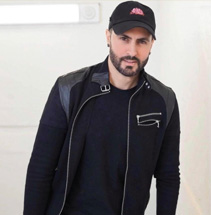 Brian Breach is a creator, entertainer, entrepreneur, recent Ted Talk speaker and a social media influencer. His journey started off in the world of music where he spent a decade performing and opening for some of the biggest names in hip hop as well as having his song air nationally as the intro to a TV show for 3 years. In the process of making music he was able to co found GTPS independent label & a highly successful hip hop blog getthatpaperson.com. Brian moved into the world of viral videos and sketch comedy with one of his first social experiments going internationally viral, having the story being featured on FOX, MSNBC, CNN, Inside Edition, Yahoo and many other media outlets.

Currently, Brian is verified on Instagram & Facebook with over 100,000 followers and a growing fan base has taken on the role of social media manager under his company Sikey Co. He has managed and grown accounts for some of the most prominent businesses & people across the country. In the last couple years alone he has worked with and managed social media accounts for politicians, media moguls, real estate agents, yoga companies, multimillion dollar shoe companies, gyms, travel agencies, clothing brands, restaurants, artists, models and many more. Brian continues to expand his reach in all directions of social media management and has proven his ability time and time again to help grow major brands and companies so they can reach their full potential. 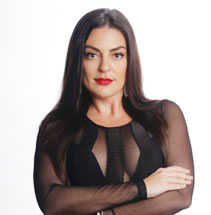 With a degree in Marketing & Advertising, Christine has made quite a name for herself as a model, actress and tv host. Her company, Ft Liquordale Entertainment Inc. has facilitated and executed countless events over the past 12 years and has booked over 700 models. While booking talent, Christine also became on air talent, interviewing Celebrities and local businesses for VIP TV. Looking for more ways to bring in new viewers for her network and create more revenue, Christine created the VIP TV model search which was a huge success. Christine Curran then launched "On The Mic" featuring the hottest celebrity interviews and events. The show was produced by RedAv and was distributed nationally in 4 & 5 star hotels across the US in 2018 by Estream TV. Christine decided it was time to do something more creative with her tv production talents which led to “Dining Divas” in 2019, the hottest new restaurant review show to hit South Florida. In 2020, Christine joined The Movie Studio as an Executive and Board Member. She has since brought in several investors and strategic partnerships for the publicly traded company (MVES).